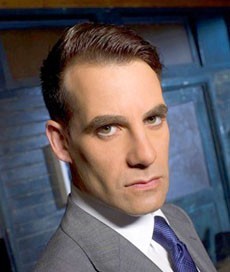 Adrian Pasdar is became famous for his role as Jim Profit in the TV series called Profit. He was born on the 30th of April 1965 in Pittsfield, Massachusetts.

Adrian Pasdar is also known for his roles in Near Dark, Mysterious Ways and as Nathan Petrelli on Heroes.

Adrian Pasdar father is an Iranian immigrant who worked as a cardiac surgeon, known as Homayoon Pasdar, who worked near Philadelphia.

Adrian Pasdar mother is a nurse from Germany known as Rosemarie Sberesny, she later became an english teacher and a known travel agent in France.

Help us improve this page:   Correct or update the Adrian Pasdar page