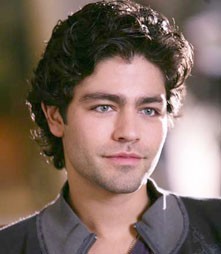 Adrian Grenier is a known American actor from the TV series Entourage. He is also a musician and a director.

Adrian Grenier is mostly popular for his lead role in the TV series Entourage, an HBO original series. He was known as Vincent Chase.

Adrian Grenier was born on the 10th of July 1976 in Brooklyn, New York where he was raised by his mother, a real estate agent named Karesse Grenier. (His father is called John Dunbar)

Help us improve this page:   Correct or update the Adrian Grenier page