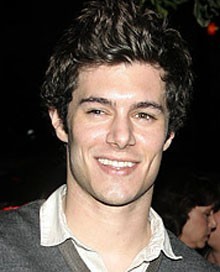 Adam Brody is a famous American movie and television actor. His full name is Adam Jared Brody, he was born on the 15th of December 1979.

In the early 2000s, Adam Brody began his career in acting by taking a role on the Gilmore Girls and other television series.

Adam Brody became famous after his role as Seth Cohen on The O.C., establishing his unique screen personality.

Adam Brody has also appeared in several movie roles, including Mr. & Mrs. Smith along with Angelina Jolie and Brad Pitt.

His other hit movie is called Thank You for Smoking and In the Land of Women which gave him a lot of fame.

Help us improve this page:   Correct or update the Adam Brody page