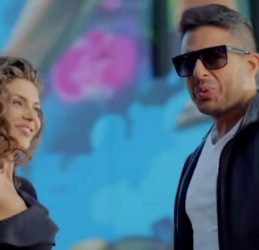 The video clip was directed by Costas Ivanov, and Produced by Nogoum Records.

The song was written by Ayman Bahgat Amar, music composed by Amr Mostafa and arranged by Tooma.