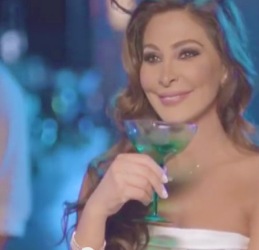 Hob Koli Hayati for Elissa was released on the 21st of Nov 2014 by Music production company Rotana.

The clip was directed Lebanese director Angy Jammal, written by Ahmad Al-Jondy and produced by Georges Haddad. The clip featured products by Samsung. The model in the clip with Elissa who played the role of her lover was Turkish actor Burak Gacemer.