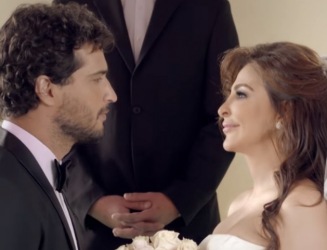 On the 22nd of February 2016, Lebanese singer Elissa released her first videoclip for the year 2016. Hatel Hob is the name of the song which was made as a video clip by director Eli Rezkallah, the clip was produced by Rotana. It had been a while since Elissa had released a video clip. This song is from her 2014 Album entitled Halet Hob.

The clip reminded us of many of her previous videos. The first that comes to mind is her clip with superstar Ragheb Alameh back in the late nineties "Betgheib Betrouh". There are also similar scenes from her earlier 2015 video in which she drops on the bed and shows off her hair. The video has a lot of pink color scattered all around, which reminds us of the theme color of her Album. Overall, the clip is "Beautiful" and a bright sunshine in the midst of hard-times.

Please rate this clip, by Star rating it!