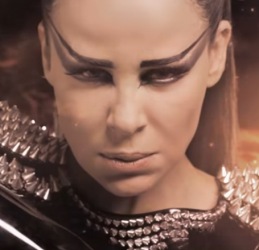 On the 4th of January 2015, Carole Samaha released her music video for the song "Al Sharek Al Azim" which is written and composed by Marwan Khoury, and arranged by Michel Fadel. The video clip was directed by Thierry Vergnes.

The great music was performed by The Kiev Philharmonic Orchestra which was conducted by Vlademir Sirenko.
The song was mixed by Edward Meunier and recorded by Michel Fadel Studio.

The video was produced by Global Network for Rights and Development (GNRD).