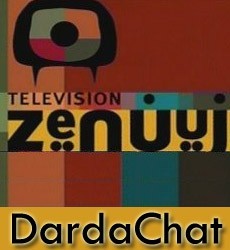 Dardachat was a Program on "Zen TV", a satellite TV channel that was a joint venture between Future TV and Dubai Media City in 1999 (officially launched in January 2001).

Zen TV (or Zein TV, Arabic for "Good") presented itself with its multimillion-dollar studios as a new generation of Arab Television targeting the modern Arab youth.
Mimi Raad was Zen's Channel Coordinator and one of the architects of the channel.

Dardachat, a daily Live program set in a large loft, was Zen's most popular broadcast airing between 6:30 and 8:30 prime time. It featured a group of young people sharing their knowledge and experience in life on different topics.

The cast was mostly made up of hip good looking young adults (some in their late teens) from the Arab World, and included resident psychology presenter Cat-Ramsey Fayad (neuropsychologist raised in Canada to a Lebanese father and a Swedish mother), Salah Moussalli in the kitchen, Baxter Yazbek tech and web section, Marianne Sargi the fashion correspondent and lead host, Zaher and Ghassan sports section,...Rodolph Hilal, Jamal Barakat... etc...

Although the show received a lot of criticism for its overtly Western style and the mannerisms of its crew, Zen's viewer base was estimated at one point to around 2.6 million, with a quarter of them from Saudi Arabia, a fifth from Jordan, followed by Egypt, the UAE, and Lebanon, respectively.

The program was however canceled after years of operation.

Help us improve this page:   Correct or update the DardaChat Zen TV page