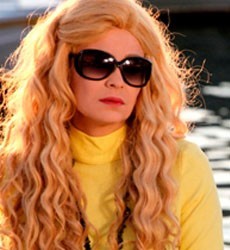 Al Shahroura is a TV Series based on the life of Lebanese singer Sabaah.

In the leading role, Carole Samaha plays el Sabbouha, in a telefilm that will be broadcasted during the coming month of Ramadan on Future TV.

Al Shahroura was directed by Ahmed Shafiq with the help of scriptwriter Fedaa Al Shandawily.