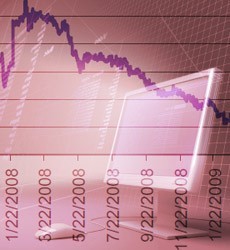 The Web Bot Project is an internet technology developed in the nineties to assist in making stock market predictions. Very similar to a search engine, the system uses spiders to search the internet looking for predetermined keywords which are sent back to the host and filtered to decipher their meaning. The idea behind the project is that it would tap into the collective unconscious from the users on the internet, going one step further than just listening to what internet users are saying. Eventually in 2001 the Web Bot users found that their technology was not only accurately predicting the stock market, it had also been predicting global events quite accurately as well.

One of the first accurate predictions from the Bot program took place in June, 2001. The Web Bot program predicted that 'a life altering event' will be taking place in the next 60-90 days & that it's effects would be felt around the world. The program based its prediction on “web chatter” which ultimately represents the collective unconscious of society. What the Bot had accurately predicted was regrettably, the 9/11/2001 disaster.

What has been making The Web Bot Project so popular lately is it's predictions of a 'worldwide calamity' taking place in the year 2012. While some like to speculate that this has much to do with predictions regarding the end of civilization due to possible misinterpretations of the 'I Ching' and the Mayan long calendar, it may be more in reference to a scientific phenomenon called geomagnetic reversal where in essence the north and south poles would be reversed.

Help us improve this page:   Correct or update the Web Bot Project page