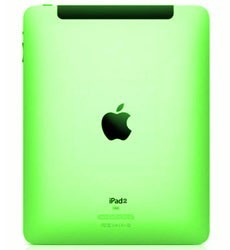 Apple is expected to release another iPad this year in 2011, the ipad 2!

The ipad2 will be a 7″ model as opposed to the current 9″ model. This will make it more competitive next to Amazon's Kindle. It will be much thinner than the existing model.

There will be an upgrade in the screen resolution, whereby Apple’s Retina Display used in the iPhone 4 will also be used in this new model of ipad2.

Apple’s FaceTime is also expected to make it's way to the next generation of ipad2.

The ipad 2 is expected to also have an HD video camera. Protective cases for the second generation ipad with a small hole in the back are already on sale in China.

The ipad2 is also expected to feature a USB port.

The ipad 2 will have a 2GHz processor which will be based on ARM's Cortex A9, like the 1GHz dual-core processor found in the BlackBerry PlayBook. It will also have more memory.


Reports suggest Apple is also expecting a massive demand for their new device and has ordered at least six million units per month!

Help us improve this page:   Correct or update the iPad 2 page