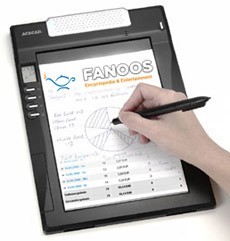 Making of the Biggest Online Survey

Top 100 was the only way we would conceive it!

After months of screening Arab magazines and Television channels, reading reviews and blogs, checking websites, social networks, Youtube, Facebook, chats, asking around, comparing notes…We created a premium list of fine sexy and attractive Arab Women that were to compete in what was about to become the largest online live poll ever in the Arab World.

We had International A-stars, Arabic pop divas, emerging beauties, VIP women, beauty queens, belly dancers, politicians… We then asked the Cyber-Community to help us rank them, before we would publish our final list. Although the study was intended for the Arab World, expatriates in Arab communities from all over the World also took part in this survey. We also had the occasional foreigners sympathetic to Arabic culture. Fanoos already has a good share of visitors from Iran, India, Pakistan, and Turkey...Naturally, they also gave a few votes. The poll lasted 135 days, and accumulated well over 100,000 unique votes.


This experience was quite an eye opener for our team. We learned firsthand how obsessed some fans can get with their idols, to the extent that some were even ready to sabotage the opposing candidates just so that their favorite would win! That was just the beginning of it! Infiltrating a fan club just to post links to suspicious services, before taking screen snapshots of the event and later hailing them like a relic, is worthy of a Sci-fi movie like they only produce in Hollywood! As if that wasn't exciting enough, we were also quite shocked by a VERY famous magazine (along with its electronic affiliates) in the Arab World that would find it acceptable to take part in a hacking scheme to mess up a simple poll! We were also amused by how a pretentious brunette decided to officially quit the race to avoid the anticipated embarrassment of being outdone by a younger newcomer! (If you were following from the start, you will know who we mean)

A wise friend once said, ‘If you cannot please everybody, then at least please yourself’. We will not pretend that this study is 100% error-free; with the current technologies at hand, no online survey is! Whoever tells you otherwise is either a fool or a liar! Even those golden awards you hear about that are supposedly distributed according to online nominations are not to be trusted, let alone those sms voting scams that are only intended to make a few people rich, while you spend all your money out of love! They can give a general idea, but under no circumstances should they be considered as 100% accurate. It is generally becoming more difficult to organize an online survey, because your Mr. John Q. Public is getting more computer literate by the day. You can still outsmart him however by creating traps, by studying patterns and by noting the trail of errors and mistakes he neglects.

We believe we did the best job possible to end up with a decent poll. If far more extravagant claims such as The 7 Wonders of the World Poll were carried out in a similar fashion, then a study intended ONLY for entertainment might just as well get the benefit of a doubt! If we have offended anybody along the way (we knew this was unavoidable!), then surely it was not in our intent. Our only goal was and shall always remain to deliver the best results possible, and this is exactly what we have done! No one else has dared to venture into such a project in the Middle East before us, and we are very proud once again to be the first to do so! The results and ranks are solely technical, based on votes we deemed were at least 98% legitimate. In no way do they reflect the real value of each candidate or how we feel towards them. For that, you will have to read our comments! Please also note that this was not a mere popularity contest, but the voters were somewhat influenced into looking for certain qualities in the candidates. There was also a lot of cross voting (multi-selection); some were truthful and very indicative for us, but others were just for cover up.

The only important dilemmas we were faced with were the following: Our initial plan was to leave “cheaters” do their thing, while we gathered valuable data that would help us disqualify their votes in the final count. The more they insisted, the easier it became for us to track them! However, because the ranking was live, this affected the morale of other voters who either got infected doing the same or reacted aggressively towards us! There was also the question of a user friendly system vs. a complicated slightly more secure system. We came up with a better original idea of mixing both! Not only did it work, but we believe this is the best method to recommend to the other professional websites out there that wish to work on similar polls. The combination provides remarkable insight!


As a general guideline, single clicks, votes in multi-selection, as well as single email validated votes received higher value(unless proven to be suspicious). We could have revealed in details all the silly tricks, hacks, fake emails, IP proxies and other such methods used to toy with the ranks...or how some thought by selecting their candidate along with other names, they would be safe...or how our dual voting process destabilized many like we hoped and revealed the missing pieces of the puzzle. We could have explained what some fanatic fans were doing. We could have mentioned the famous magazine that was hacking us! We are still not sure what their goal was. At first we thought they wanted one candidate in particular to win, but their following behavior indicated they simply wanted to blur the results altogether and mess the poll up. We could have, we could have, we could have.....and that would have hurt a lot of people and taken all the fun out of this! If you are still not satisfied send us a professional OFFICIAL email, and we would be happy to provide you with examples. We have chosen the Canadian way!! If you don't know what that is, then if you should ever visit us in Toronto sometimes, we will be happy to explain and show you personally.

Congratulations to all the winners and their supporters! Check the results and listing on the page of Sexy Arab Women 2010.

Help us improve this page:   Correct or update the Making of the Biggest Online Survey page