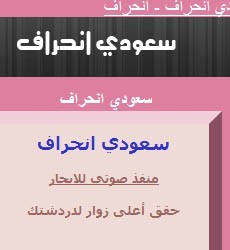 The Al Akhbar Newspaper website was hacked, after it published several WikiLeaks documents involving Arab states, among them Tunisia.

Al Akhbar website has been hacked for days now, and their online page is being redirected to a Saudi pornographic website. Shortly after the WikiLeaks' website was itself blocked, the Al-Akhbar's website was also blocked in Tunisia after it published the leaked US documents on Saturday the 4th December 2010. Later on their website was completely hacked and taken out of their control. The paper's technicians are now trying to solve the problem and find the party responsible of this hack.

The leadership of the paper originally accused the American, Tunisian, and Saudi governments. They have now retracted their accusations, awaiting their programmers' investigations.

Commenting on the incident, Gamal Eid head of the ANHRI (The Arabic Network for Human Rights Information) declared "The Tunisian government thinks that blocking the WikiLeaks and Al-Akhbar websites will deny the Tunisians access to the documents...This prohibition certainly would be a cause for ridicule."