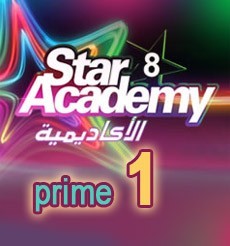 Despite the unrest in the Arab World that is completely caught up in Arab Revolutions, few Arabs were still nonetheless keeping an eye on the launch of Star Academy in its eighth season.

Prime 1 of Star Academy eight took place on Friday the 1st of April 2011 at 9PM after the news.

While few people had a feeling that it could be a big Aprils Fool prank, thousands of fans waited anxiously for the season to finally launch.


The Chairwoman of the Star Academy, Roula Saad had promised the viewers many surprises. If we believe her words, the show this year is expected to be much more interesting than previous years. It will be packed with surprises. Most fortune tellers and clairvoyants have actually warned, a lot of scandals will erupt during this season! So we better keep an eye;) See Hayek Michel 2011 Predictions.

Star Academy 2011 most definitely needs to be better than any other year if LBC wants it to succeed. After all, most TV viewers are hooked up on Al Jazeera TV watching the 'real' reality, as opposed to a virtual reality TV.

The eighth season of Star Academy featured the singer Warda Al Jazairia, as a guest star.

A large group of students from Seasons 8, 7, 6, 4 and 5 were expected to sing a special song for Rami El Shomali who passed away in a car accident last year, but that was replaced by a video report.

Because of the unrest in the region, Star Academy could not ignore the thousands who complained about the bad timing. The organizers were labeled by some as opportunists, who did not care much about the sorrow, bloodshed and the martyrs that continue to fall each day.

LBC used that to their advantage, and the students were showcased on stage as revolutionists fighting their way past the police forces. The presenter embellished it further by saying a few emotional words that she hoped would quiet objecting voices.

Help us improve this page:   Correct or update the Prime 1 Star Academy 8 page