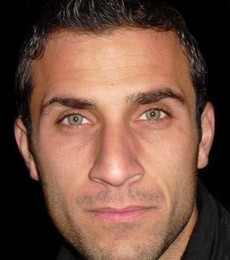 Ramez Dyoub, also known as Ramez Dayoub or Ramez Dioub, was born on August 9th 1984 in Qubat (The Dome), Tripoli.

He started his career professionally by playing for Safa Sporting Club. Ramez Dyoub has been playing in the Lebanese national football team since 2004. He is known to play in Center-back.

Ramez Dayoub Background:
After growing up playing soccer in the popular poor neighborhoods of Tripoli, Ramez joins the club of Sagesse Tripoli (third degree) and participates in official tournaments. He then moves to Safa Sporting Club from 2001 until 2010, when he joins the Bahraini football club Al-Shabab. The next year he joins the Burmese football club Magway FC in the Myanmar National League . His contract ends in 2012 after which he is believed to be moving to the Malaysian team Selangor FA...

Help us improve this page:   Correct or update the Ramez Dyoub page