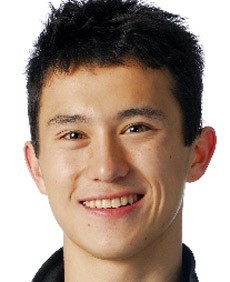 Patrick Chan is a famous Canadian figure skater and an Olypmic Athelete.

In 2009 Patrick Chan became the Four Continents champion and the 2009 World silver medalist.

Patrick Chan is ranked as the 9th figure skater in the world.

Help us improve this page:   Correct or update the Patrick Chan page