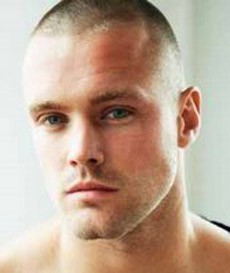 Nick Youngquest was born on the 28th of July 1983, in Sydney Australia. Mostly on the wing, Youngquest made his professional football debut at the age of 20 for the Gateshead Thunder, then played with the Cronulla-Sutherland Sharks, St George Illawarra Dragons, Penrith Panthers and Bulldogs, before joining the Crusaders RL club of Europe's Super League.


Thanks to his fit body and beautiful features, Nick Youngquest is quickly becoming a fitness model and sex symbol often featured on magazine covers such as French magazine Tetu, DNA magazine or even the gay UK-based magazine Attitude. Nick was also on the cover of the sexy Gods of Football calendar by Pedro Virgil 2009/2010, after previously having posed in the equally controversial 2007/2008 Rugby League Calendar…He also posed for the testicular cancer “Checkum” campaign…all for the sake of awareness!

Nick Youngquest is married to Kassy Lee, a contestant from the Australian version of “So You Think You Can Dance”

Help us improve this page:   Correct or update the Nick Youngquest page