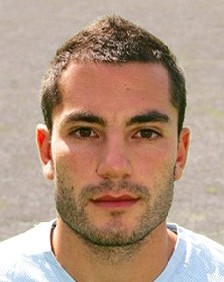 Mourad Meghni is a famous Algerian French football player. He was born on the 16th of April 1984 in Paris, France.

Mourad currently plays as a midfielder for the Italian Serie A club S.S. Lazio.

Meghni also plays for the Algerian National Football Team. He is right-footed with an amazing technique in playing football.

In France, Meghni is known as 'Le Petit Zidane'. During the 2001 Fifa World Championship U17 which took place in Trinidad, Mourad along with his team mates Florent Sinama-Pongolle and Anthony Le Tallec, took their team to victory.

Help us improve this page:   Correct or update the Mourad Meghni page