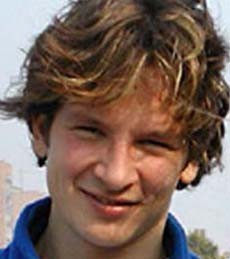 Maxim Shabalin was born on the 25th of January 1982 in Samara, Soviet Union.

Maxim and Oksana were ranked 1st in the world begining of 2010, they took role in the 2010 Vancouver Olympic Games.

Help us improve this page:   Correct or update the Maxim Shabalin page