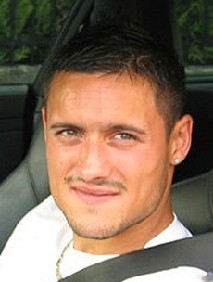 Karim Ziani is a famous Algerian football player who was born in France.

His full name is Karim Koceila Yanis Ziani and he was born on the 17th of August 1982 in Sèvres, Hauts-de-Seine, France.

While Ziani is popular for being a midfielder, he is very talented and capable of taking different positions during football matches.

According to many Algerians, Antar Yahia, Karim Ziani and Faouzi Chaouchi are national football heros.

During the 2010 FIFA World Cup qualification, Ziani helped Algeria win twice against the opponent football teams of Rwanda and Liberia.

Help us improve this page:   Correct or update the Karim Ziani page