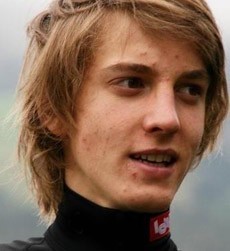 Gregor Schlierenzauer was born on the 7th of January 1990.

In the year 2005, Schlierenzauer started his career in sports professionally.

Schlierenzauer made his World Cup victory in the 2005 / 06 World Cup.

He also won the 2008 / 09 World Cup, and was able to have a number of records set such as breaking the record of Janne Ahonen.

In 2008, Gregor won the individual and the team medals during the FIS Ski-Flying World Championships, which took place in Oberstdorf.

In 2010, Gregor Schlierenzauer took part in the 2010 Vancouver Olympic Games.

Help us improve this page:   Correct or update the Gregor Schlierenzauer page