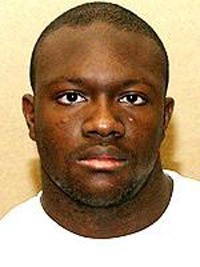 David Meggett also known as Dave Meggett or David Megett is a former professional American Football. David Meggett was born on the 30th of April 1966 in Charleston, South Carolina, USA.

Before David Meggett NFL career started, he used to play for Towson University and also for the Morgan State University.

Dave Meggett was put in Jail on wednesday 14th of January 2009, with the charge of raping a 21 year old South Carolina woman in her home. Dave who is a former NFL had several allegations sexual assaults throughout his early life.

Help us improve this page:   Correct or update the David Meggett page