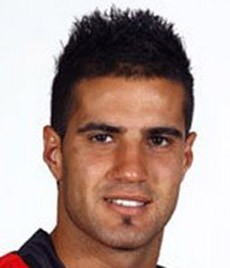 Bachar Houli is an Australian football player who has Lebanese origins.

Bachar was born on the 12th of May 1988 in Australia to Lebanese parents. Houli mostly plays as a midfielder. He is considered as the first Muslim to play at the AFL level.

He started playing in the year 2000 at the age of twelve. During the Bombers 2008 NAB Cup 2008, his performance in the game was outstanding.

Houli's dedication and strong will made him a role model for young Australian Muslims; His influence is similar to Hazem El Masri in the Rugby sports community.

During the month of September 2009, Houli got married to Rouba Abou Zeid.

Help us improve this page:   Correct or update the Bachar Houli page