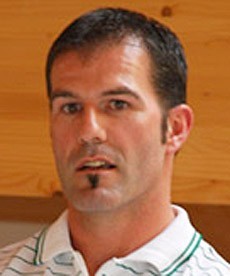 Armin Zoeggeler was born on the 4th of January 1974 in Merano, Italy.

Armin Zoeggeler started his life as an athlete by playing on the natural slopes around Bolzano in Italy.

As he grew, Armin practiced luge on artificial runs. Zoeggeler won the Junior World Cup when he was fourteen years old.

Armin Zoeggeler is one of the most successful men in sports, also named by his fans as the Cannibal or what is known in italian as Il Cannibale.

Help us improve this page:   Correct or update the Armin Zoeggeler page