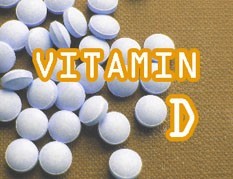 A recent U.S. study revealed that the lack of vitamin "d", which was received by the human body primarily through exposure to sunlight, may increase the risk of cardiovascular disease. According to the study conducted in the Heart Institute in Kansas City, U.S., it has been found on a wide range of concrete evidence linking the levels of vitamin "d" and the risk factors for cardiovascular diseases like high blood pressure, obesity and diabetes, as well as cases Great heart blood vessels, including strokes and congestive failure in the functions of the heart.

Said Dr. James O'Keeffe, a cardiologist and director of preventive cardiology at the Institute of heart disease in the U.S. Kansas City: "The process of the body to absorb the lack of vitamin" d "the intangible and difficult to detect, has proved to be one of risk factors cardiovascular disease blood A situation that must be examined in order to provide the necessary treatment to them correctly. It is also easy to assess the proportion of vitamin "d" in the human body, and the issue of the supplement safe, simple and inexpensive. "

Humans can also obtain vitamin "d" from some foods and food supplements. There are natural sources of foods containing vitamin including salmon, sardines and cod liver oil, and there are foods fortified with vitamin "d" such as milk and some cereals. Among the most important risk factors, lack of vitamin "d" the big age, skin color and a dark dimension of large Équateur and winter, smoking, obesity and kidney diseases and liver and some pharmaceutical drugs.

The study which was conducted mentioned that low levels of vitamin "d" in the body are working to revitalize the system of so-called "renin-angiostensin-aldosterone" - Once this happens - the patient is exposed to the risk of pre-hypertension, stiffening and an increase in the thickness of the heart muscle and blood vessels. The change of vitamin "d" of hormone levels and immune function, which may increase the risk of diabetes, one of the most important causes and risk factors for cardiovascular disease.

Help us improve this page:   Correct or update the Vitamin D Deficiency increases the risk of cardiovascular disease page