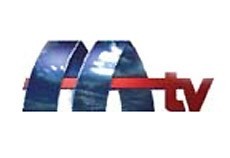 The work in Al Rabiyah, north of Beirut in the huge glass building, a place which once was the headquarters of the television station "MTV Lebanon" or Murr Television is on its way. The Murr TV will return to the broadcast end of March 2009, few months preceding the date of the next parliamentary elections in Lebanon which will be taking place on the 7th of June 2009.

MTV station was closed down by the Lebanese authorities on the 4th of September 2002 following a by-election (a partial one seat vacated the death of Deputy Albert Mukhaibar) a seat which was won by Gabriel Murr, the owner of the station on behalf of the northern Matn in Mount Lebanon and then overturned under pressure from the President of the Republic Emile Lahoud, and through a decision of the Constitutional Council, which disrupted the House of Representatives early August 2005, and the failure two weeks after a judicial ruling.

There were rumors that the station will be run by The lebanese forces leader, Samir Geagea, either directly or through Mr. Antoine Choueiri, who is a giant name in the advertising industry in Lebanon and the region.

However these might only be rumors as the station owner Gabriel Al Murr and his family will remain the majority owners of shares of the station.

Since its shut down, The Al-Murr has transformed the station into a studio production, especially to sell video clips, and other information materials.

Gabriel El Murr noted that his brother MP Michel Murr gave up on his ambition to direct political action, which caused a dispute between them, Michel Murr and I no longer has any problem with the forces of 14 March after leaving his alliance with Aoun, and moved to another location behind the President of the Republic, Michel Suleiman called for the formation of "intermediate mass" or "independent", which give rise to rage the leader of the "Free National Movement", Deputy General Michel Aoun, as the bloc threatens to reduce the level of representation for the Christians in their constituencies the President, especially as the elections will be bitter in the northern Matn All indicators show allied with former President Amin Gemayel and his battalions.

Most of the people who onces worked at MTV have moved to other Local and Pan arab television or media outlets such as the Lebanese Broadcasting Corporation - LBC, Al Jazera, Future Television, and others. It might be hard to get those names back, but no one knows what the future will hold for those names in the new coming Murr Television.


Murr Television Company was launched by the end of 1990, was registered at the Trade Register on April 9, 1991 and undertook a long work of preparation before it started broadcasting on November 7, 1991. Its managers decided not to have a news bulletin during the first three years. Then, by the end of 1994, and having improved its variety of programs, the MTV started a project aiming at launching its news bulletin on March 31, 1995. Its staff grew progressively and is now of more than 250.
This T.V. station is held by the Murr family who has gained a great experience in audiovisual media. Thanks to the managing of RML group. This group, composed of four radios (Radio Mount Lebanon, Nostalgie, Hit FM and Jabal Lubnan) has been broadcasting 24 hours a day since 1979 and enjoys a big audience rate. The MTV is headed by Michel Gabriel El Murr.
MTV is the exclusive representative of TF1 in Lebanon and has alone the right to broadcast international events such as NBA championship or the champions league.
The MTV motto is to respect and entertain TV viewers with a judicious choice of programs and a high-tech equipment. Thanks to its professionalism, it could develop a large viewer loyally and is now ranked second as to its audience rate.
And above all, the MTV does not rely on any political party, unlike most of the other televisions in Lebanon. In fact, this TV is completely independent and servers the Lebanese public's interests as well as the interests of this country. And it will continue to do so while protecting its current owner's and future shareholders interests.


The MTV broadcasts from 7 a.m. until 2 a.m. All programs are well chosen in order to satisfy all tastes and please everybody. There is a big variety of programs: French, American, Egyptian and local.
The MTV was the first Lebanese TV station to broadcast a talk show program live with "Hakeh Baynetna" presented by Maguy Farah. This program has had an unquestionable success and has been imitated by many other programs that have never matched it.
On the other hand, "Oua Tensa" is the only T.V. game that is conceived, executed and directed by a Lebanese T.V. It has a big audience and is watched by a great number of people.
The children have had a daily program "Mini Studio" since 1991. Its characters have become famous and its songs are taken up by all Lebanese children.
SLCHI is the satirical program that nobody misses on Thursday at 8:30 p.m.
Three times a week, the MTV broadcasts the Talk Toc Show program which is prepared and presented by Ghazi Feghali.
The MTV audience can also have an idea of the latest movies with "Ciné Cinéphile".
Variety programs are numerous: "Ahla Al Ayam" visits Lebanese artists and reveals their private life; "Bonjour Paris" receives French artists; "Music Show" is the top 30 in Lebanon; "Maraya" ...
Finally, the MTV has introduced the puppet show in Lebanon with the "Doumakature", a caricature of a particular situation in which every politician is represented by a puppet character that reacts spontaneously. It is broadcasted every evening right after the news bulletin.
MTV company has also got the exclusive right for broadcasting programs of the first French channel TF1, such as "Ushwaia" and for weather forecasting, has organized all day live broadcasting on specific subjects (Valentine's Day, Mothers day, ...), has made live coverage of great events abroad (Cyprus Rally). On the technical level, it got ahead of all the other stations: by three-dimensional dressing, by a well chosen setting for the announcers and chroma key on synthetic images, by stereo transmission.
The MTV has also been abiding to schedules so that people watch their favorite programs at the fixed time.
Since its inauguration, it has encouraged foreign stars to perform again in Lebanon.

Help us improve this page:   Correct or update the Murr Television - MTV page