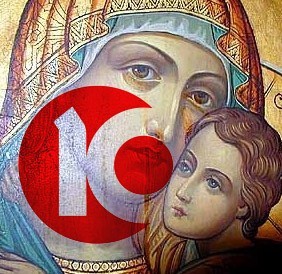 Leaders from both Christians and Muslims have asked the Pope Benedict XVI to cancel his trip to Israel which is scheduled for May 2009, after an Israeli Television channel 10 aired a sacrilegious show that broadcasted a blasphemous comedy show about Jesus & Mary.

The televised footage portrays the Virgin Mary as a character that had slept with many men, and continues in the infamous age old slander of the Jews against the Virgin Mary and her son Jesus.

The TV show was hosted by Lior Shlein an israeli comedian, the scketch contained blasphemous footage against Jesus and Virgin Mary.

Christian Religious leaders and lawyers were reported as saying they were going to take legal actions against the comedian and the Israeli TV Channel-10.

What do you think of this blasphemy, slander and mockery of Jesus and Mary is it "comedy" , should it be ignored or does it deserve to be mentioned world wide.

Help us improve this page:   Correct or update the Israeli TV Blasphemous show causes outrage among Christians and Muslims page