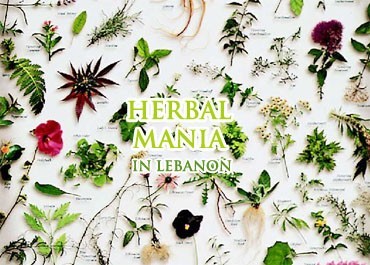 If you watch any television at all, even if only rarely, then surely you have come across one of those annoying but well dressed salesmen, promoting herbs and alternative/ natural remedies.

The two brands that have invested the most in this thorough TV advertising scheme are Amana Care and Long Life. Zein El Ataat isn't less active in the field, and is often received as an honorary guest on most televisions, where he unleashes his expertise in herbs and herbalism. To make sure they target all segments of the population, they broadcast these 'morbid sessions' on a daily basis, usually within a few hour intervals and on ALL TV channels;

Pro-government, pro-opposition and neutral. Even the religious ones get their fair share. Half an hour to one full hour of pure nonsense, during which the host sometimes throws in here and there a few medical terms he barely grasps, to sound as credible and knowledgeable as possible.

Microbeh seems to be the most favored diagnosis when things get complicated. Very scientific indeed lol!

What is mostly striking is the paradox created when one obese salesman talks to us about a miracle slimming herb pill, or when another bald (or balding to say the least) one is convincing us to buy a hair loss cream! What about the constipated looking one promoting this machine that washes the intestines clean!? Why don't they try it on themselves first! Or maybe they have and it didn't work ;)

The most celebrated ingredient on one of these shows is a type of plum from the jungles of the Amazon! You could say it's the new Panacea which cures all illnesses. The long list includes rheumatism, cholesterol, high levels of triglycerides, diabetes, insomnia, oh and rabies ;)

Wait, the best part is still up ahead. Now comes the section where presumably regular people who have used these treatments give their constructive and flattering testimonies. One old woman repeating over and over again, like a robot, the few words or sentences she was taught a few hours earlier (yes hours because she wouldn't learn them fast enough lol).

Incidentally, the words used are suspiciously the exact reproduction of the ones used by the salesman in the previous section ! : I have improved 75.5% in this problem and 62 % in that other problem Please buy this herb what patient talks like that!? Then the testimony is hurriedly cut off. Probably because the original sentence was Please buy this herb, or I won't get paid! :)

The most intolerable recent trend is men of cloth taking part in this charade! We always thought that sheikhs and priests were mostly focused on spiritual affairs. Using what's left of the church's reputation to sell herbs?! Preposterous!

The cherry on the cake of persuasion is the claim that all these herbs were licensed for by the Ministry of Health as food complements.

Vitamins qualify as food compliments, but where does a hemorrhoids cream fit in all this?

Well at least Chinese herbs and dried up tiger testicles haven't reached Lebanon yet. Or have they?!

Help us improve this page:   Correct or update the Herb-mania in Lebanon page