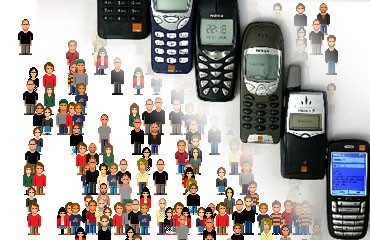 The Campaign against the high cost of mobile services

The campaign against the high cost of mobile services in Lebanon mobilized over 6000 users!

Compared to the previous campaigns, the last manifestation organized by Consumers Lebanon in response to the high cost of mobile services in Lebanon was a complete success in regards to the high rates of participation, mobilizing well over 6000 users (62% to 63% of the global number of consumers, as per the organizers). Whether the figures are correct or not, we can definitely say without a doubt that this campaign was much more publicized than its antecedents. This time around, the move was backed up by most Lebanese organizations and syndicates from industrialists and teachers, to labor unions and traders, who actively took part and encouraged their adherents to switch off their cellular phones from 10 am to 2pm on July the 19th.

As for the effectiveness of this campaign, it’s not quite clear just yet. The response received from the officials was not at all promising. In reaction to this nonchalant behavior, an open sit-in has also been planned right in front of the Ministry of Telecommunication. “We are determined to reach to the bottom of this matter, and we cannot accept to be taken this lightly”, declared Zuheir Berro (president of Consumers Lebanon) to our correspondent.

If you missed out on the event, make sure you remember to switch off your phones this coming Thursday!

Tip: If you are the forgetful type, use the alarm clock integrated in your cell phone!

Help us improve this page:   Correct or update the The Campaign against the high cost of mobile services page