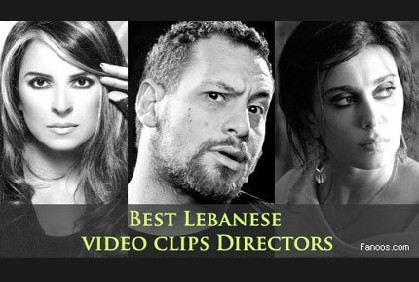 The Art of Videoclip directing started officially in Lebanon and the Middle East back in the early nineties. Although many good directors worked in the industry over a span of 20 years, only a few became superstars. Find out who was the best at every stage...


There are currently many Lebanese Videoclip directors. Some of them were present at the start-up of this industry back in the early nineties, when a local TV station in Beirut called Sigma90 broadcasted clips of Lebanese and Arab singers. Back then, only a few names led the industry and they did very well, such as Oussama Harik and Akram Kaouk.

Later on, the videoclip business evolved, and many more directors came onto the scene. The leader of them all was Mirna Khayat, who directed clips for Nawal El Zoghby, Pascale Machaalani and Julia Boutros. Nawal was actually for a while considered as her 'muse', and all the other female singers aspired to work with Mirna, just so they would look like her. Mirna's trademark was vivid colorful images, with mostly just beauty shots.

Mirna was the leader followed by Salim El Turk, Fadi Haddad and other names, until a new female director came to dominate the scene: Nadine Labaki. Labaki took the lead by directing clips for Nancy Ajram and other leading artists in the Arab world. Her clips were so different that she stood at the very top of the list for around five consecutive years. Almost all singers wanted to have their clips directed by Nadine. Her videos were shot in very high cinema quality, which made them look like small movie masterpieces. Although she worked with others, her 'muse' was most certainly Nancy. (Similarly to what went on with Mirna)

Around the year 2006, Yehya Saade, the Art Director that worked with Nadine on most of her successful music videos, went solo and started directing videos himslef. He came up with his own creative ideas and directed clips for big names and A-list artists. He started with directing clips for Amal Hizaji, then slowly directed clips for leading stars such as Nawal, Hayfa Wehbeh, Nancy, Najwa Karam, Nicole Saba Carol Saker and more. His style was similar to that of Nadine, but he however focused on producing provocative concepts. Yehya was named Best Director 2010.

Below is a complete list of famous Lebanese Directors in the order of Importance as of 2010/2011.