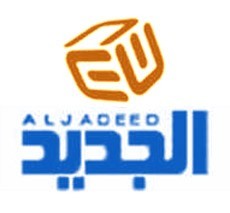 AlJadeed Television is a 24/7 Arab Lebanese TV station broadcasting from Lebanon and offering a variety of programs in Arabic.

On May 9th 2005 Al-Jadeed TV was launched in North America and the Pacific, hence reaching the Arab speaking communities in the United States, Canada, South America and Australia.
For more information about the history and programs offered make sure you visit the New Television - New TV page provided by our encyclopedia.

Help us improve this page:   Correct or update the Al Jadid TV page