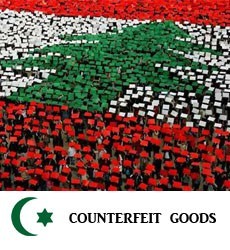 The Lebanese National Anthem might turn out to be a stolen rip-off copy of an earlier Moroccan melody!

The Lebanese national anthem was chosen following an open nationwide competition, and was written by Rashid Nakhle and composed by French trained artist Wadih Sabra in 1925. It was adopted two years later on July 12, 1927, seven years after the proclamation of the state of Greater Lebanon during the French mandate. (It officially became the Lebanese National Anthem however in 1943)

Startling recent findings indicate the melody could turn out to be a rip-off of another anthem from Morocco. The story began when Ghassan Rahbani's friend Fouad Khoury came across an hymn that resembles the Lebanese national anthem, while watching a documentary Toute L'Histoire. It was a song dedicated to the Rif head of state Abd el-Krim al-Khattabi. The Rif Republic was established in 1921 and was dismantled in 1926 after a joint French-Spanish attack. The credits in the documentary state that the 'nashid' was created in 1924 and composed by Mohammad Flaifel. In an interview, Flaifel's son assured that his father did not compose that melody.

If the Lebanese National Anthem turn out to be stolen, a new one will definitely have to be adopted. But who will the lucky composer chosen to undertake this prestigious task be?! ...To be continued...

Help us improve this page:   Correct or update the Lebanese National Anthem a Stolen Rip-off page