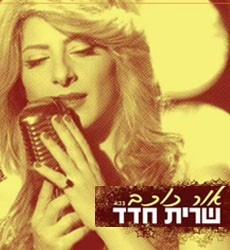 Elissa's song Abali Habibi has been reproduced in Hebrew by an Israeli singer.

Sarit Hadad, a famous Israeli singer, has recently released a song with the same melody. Unlike previous incidents where the songs were simply stolen, the artist this time gave full credit to the Lebanese composer Salim Salami, making it a controversial matter.

Salim assured he wasn't aware of it, and was not contacted in that regard. He had waved his rights of the song to the music production company Rotana Records, which in turn sold the rights of reproduction.

Jihad Neeme from Rotana later denied that the company had anything to do with it.