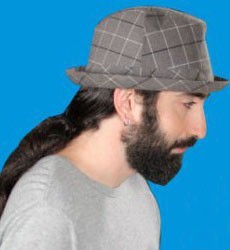 Ziad Sahab is a young Palestinian-Lebanese-Egyptian musician and TV host.

Ziad Sahab, also written Ziyad Sahhab or Ziad Sahhab, comes from the prominent musical Sahab family. His uncle Salim Sahab is a Palestinian-Egyptian conductor and musician based in Cairo, founder of the Beirut National Ensemble for Arabic Music which Ziad also joined in 1993. His sister is also May Sahab.

Ziad Sahab started playing the oud in 1989. At the age of 13, he performed solo at the Cairo Opera House. He later founded the group "Chahadine Ya Baladna" (O! Country! We are Beggars!) that performed around the world including in Tunisia, Egypt, Italy, France, Turkey, and England. Ziyad Sahhab and his band often perform live at
"Walimat Wardeh" in Hamra Makdessi Street Lebanon.

In 2010, Ziad became a TV presenter for the show Kalem Honik Nes (directed by Shadi Hanna), which he co-hosts with his wife Isabelle Noun Sahab.

His second album is called "Keep on Singing" where he sings the poems of Egyptian poets Ahmad Fouad Negm and Mohamad Kheir as well as his own texts.

Help us improve this page:   Correct or update the Ziad Sahab page