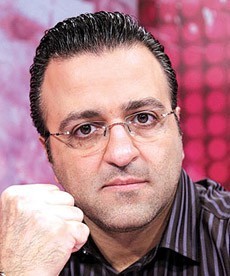 Ziad had accompanied his sister throughout her musical career. Ziad Boutros has composed almost all of her songs.

Ziad Boutros is a very talented artist, he has composed music for very famous songs which made its way to the very top of music in Lebanon and the Middle East.

Other artists who worked with Ziad Boutros include Lattifa and Joe Ashkar and many others.

Help us improve this page:   Correct or update the Ziad Boutros page