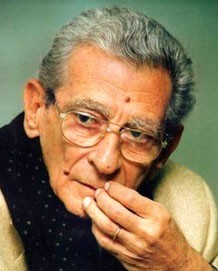 Youssef Chahine also known as Youssef Shahine was born in Alexandria, Egypt in the on the 25th of January 1926. Youssef Chahine died on the 27th of July 2008 at the age of 82.

Youssef started studying in Egypt at the University of Alexandria then he moved to the United States of America where he spent two years at the Pasadena Play House.

While in America, Youssef Chaine took film and dramatic art courses. Later, youssef chahine came back to Egypt and he worked with cinemato-grapher Alevise Orfanelli in the movie business.

In the year 1950 Youssef Chahine had his debut film entitled Baba Amin, A year later his other movie Ibn Al Nil followed.

In the year 1970, Youssef Chahine attended the Cannes Film festival also he was awarded the Golden Tanit during the Carthage Festival.

In the year 1978 Youssef Chahine won the Silver Bear award in Berlin for his movie Iskanderiya lih?

In the year 1992 Chahine chose to adapt a french story by Albert Camus entitled Caligola.

In the year 1994 year he started his movie Al Mohajer, a story inspired by the Biblical character of Joseph, son of Jacob.

In the year 1997 he was awarded in the Cannes Festival for his 1997 movie Al Masseer also known as Al Massir (The Destination).

Help us improve this page:   Correct or update the Youssef Chahine page