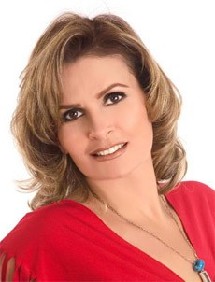 Yousra also known as Yosra is an Egyptian actress and singer. Her real birth name was Civene Nassim, Yousra was born on the 10th of March 1955 in Cairo, Egypt.

In the year 1980, Youssra appeared in her debut movie Athkiya laken Aghbeeya. Later on, Youssra became more popular in Egypt and the Arab world, when she started acting opposite actor Adel Emam in many of his movie.

Some of her other roles include
Imaret Yakobian ( Yacobian Building ) in the year 2006.

Some of her older yet great movies include.
Al Mansi
Toyour Al zalam
Resalah Ela Alwaly

She also appeared in several television series, one of her best performances in television was in the series called Fi Aydi Amina (In the hands of Amina) which played during Ramandan of 2008.

Help us improve this page:   Correct or update the Yousra page