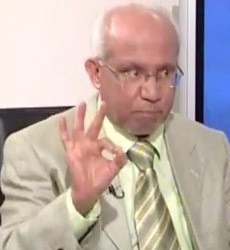 Dr. Youssef Abou Baker is a controversial Jordanian doctor, based in Beirut.

He is accused by many of his old patients (especially from the Gulf) of being an imposter, who, with the help of his sister Mona and his two brothers Ibrahim & Mohamad, takes advantage of desperate people by charging them for exorbitantly priced medication that does not work, or is not safe for use. He is also said to take a percentage from the test centers he sends his clients to for medical exams, as well as from the hotels in which his foreign patients from the Gulf reside during their stay in Beirut.

In 2008, Dr. Youssef Abou Bakr's office in Amman Jordan was shut down by the General Organization for Food and Drugs. The company's representative was referred to the Attorney General to face legal actions, an a request was issued to arrest the owner of the company who resided outside the country at the time and still do (in Beirut). Abu Baker was also reported to have been arrested for 15 days in KSA; He was imprisoned in Jeddah on charges of fraud.

Abu Baker became famous after appearing repeatedly on TV, first on Al Jadeed TV (New TV), then on Hia TV in a special weekly talk show called Darb el Shifa2 (Path to Healing). Unlike others who sell cures on TV (Zein el Atat, etc.), Youseef speaks with technical words and professional medical concepts. Whether his discoveries are authentic or completely phony, he clearly respects the viewers basic intelligence by giving them a scientific explanation.

In his interviews, he explains in scientific terms his medical discoveries, features testimonials of recovered patients, as well as presents his latest products such as the special self test kit for breast cancer produced in China called X-Hand the Breast tumor detection aid, Shiver the libido stimulant and performance enhancer for men, Smart Pill (Body Weight Control), and the famous 3 in one Triple Cocktail (cocktail al thulathy).

The latter is supposedly an anti-age product that Professor Yousef Abu Bakr concocted using vital organic components that match those produced by the immune system's cells. It comprises 3 parts:

1 - Monagen: Adjusts and organizes the immune system, to increase resistance and help in the fight against diseases by producing specific proteins. A 100% natural vital compound that helps eliminate defective cells. Composed of building blocks of DNA and RNA, it issues commands for genes to modify their protein production when incorrect.

2 - Nervagen: An anti-oxidant anti-age for brain & neurological cells. It renews their chemical and biological activity, stimulates the immune system by preventing free radicals from attacking the DNA to prevent exposure to disease.

3 - Yosphagen: Fights aging, rebuilds and repairs cells and gives them the ability to produce energy for their various biological needs...