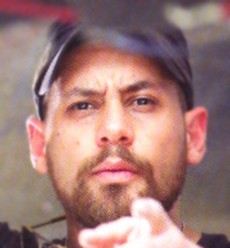 Yehya Saade also known as Yahya Saadeh is a very creative videoclip director, who started his career by working as an Art Director with prominent female director Nadine Labaki.

After working with Nadine on several successful clips such as Ma Fina for Katia Harb and most of Nancy Ajram clips, he decided to go solo and experiment being a clip director himself.

This proved to be a very good idea, because Yahya Saadeh has a crazy vision which serves very well the industry and the artists looking for new ideas for their clips.

In the year 2006, Yehya made a successful clip with Amal Hijazi for her song Baya al Ward.

Yahya worked with big name artists such as Nawal El Zoghby on her clip Mona Einah and with Haifa Wehbeh for her song Albi Hab.

He also worked with Nancy Ajram for her hit song Salemouli Alieh and with Nicole Saba on her 2009 clip for the song Fares Ahlami. He also directed a nice clip for Star Academy season 4 winner Shada Hassoun.

In 2009, Yahya worked in collaboration with Jad Choueiri to direct the clip Funky Arabs. Yehya Saadeh was also a good friend of syrian model Samer Elias who died in the end of the year 2009.

In 2009/2010, Yehya Saade was the talk of the media and magazines after a disagreement happened with him and Egyptian female singer Soumaya El Khashab. The singer had some disagreements regarding the clip and wanted to get a raw copy of the work without fully paying the directer the agreed amount. Needless to say that raw footage of videos are the ownership of the director/photographer and are not the rights of the model/singer.

In 2010, Yahya Saade was nominated for the Murex Dor as the Best Director.

On the 16th of December 2010, Yahya Saadeh died in an accident in Turkey as a result of an electric shock. The accident happened during the shooting of a video clip for Maya Diab.

Help us improve this page:   Correct or update the Yehya Saade page