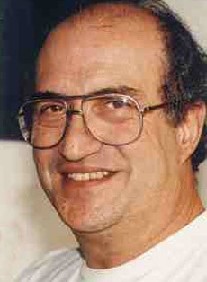 Wassim Tabbara also known as Wassim Tabara is a famous comedian, director and actor from Lebanon.

Wassim Tabbara was born in the year 1943, He passed away on the 24th of September 2005 as a result of a Heart Attack.

Wassim Tabbara studied Electronics in the United States. At the beginning of his life studying the output in the United States, and worked as an assistant director in one of the production companies, and with his return to Lebanon in 1965 work in television in Lebanon.

Wassim Tabbara was the first to launch the hidden camera program in Lebanon and the Arab world in the early sixties on Television. He also hosted Studio El Fan in the year 1972.

During the year 1968, Wassim Tabbara started working in Theater. He released his first play entitled (Sweet Wine) and established the Nine Thirty Theater (9:30PM). One year later, he merged his theater with Ivet Sursok, a known comedian at the time.

In the year 1973, Wassim started his own production of plays for his wife, the legendary singer, Sabaah. He produced for her plays such as Set El Kol, Shahr Asal, Helweh Kteer.

In the year, 1978, After his divorce he went back to working with Ivet Sursok and they produced the play Kolona Lil Watan.

In radio Wassim Tabbara was prominent role in the registration and had a lot of works of art and media, He served in the Lebanese radio station and the voice of Lebanon.

Wassim Tabbara also participated in television programs in LBC As well as working as a technician in the Syrian and Egyptian television, although it is one of the political family (his two brothers and Deputy Minister Bahij Tabbara, Ambassador Riyad Tabbara).

Wassim was the founder of the competition "Miss Internet Beauty" which he launched in 1999.

The Last appearance of the artist Wassim Tabbara was on the screen of the L.B.C. In the first prime in the "valley" defined itself as a comedian and not a clown.

Before he passed away, Wassim Tabbara was preparing for a new play titled "Helles Meles" with the story revolving around the latest developments of UN investigator Detlev Mehlis.

Help us improve this page:   Correct or update the Wassim Tabbara page