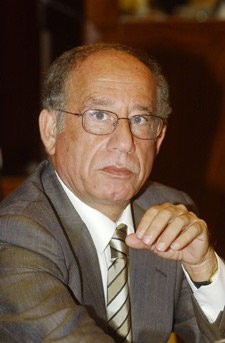 Walid Eido was killed on June 13, 2007 by a bomb near the Beirut waterfront (Manara), along with his son and two bodyguards and six others. Walid was known to be a outspoken critic of the Syrian President Bashar al-Assad and the Lebanese President Emile Lahoud.

Eido has graduated in 1966 and became a magistrate a year later. In the late 1990s he was north Lebanon's public prosecutor.

Walid Eido used to be a member of the Sunni Mourabitoun Militia during Lebanon's 1975-1990 civil war.

Walid Eido was a vocal opponent of Syrian influence in Lebanon and an ally to former Prime Minister Rafik Hariri before his assassination by a massive car bomb in February 2005.

Walid Eido was an avid swimmer and the bomb exploded outside his favourite Beirut beach resort, Sporting Club.

Help us improve this page:   Correct or update the Walid Eido page