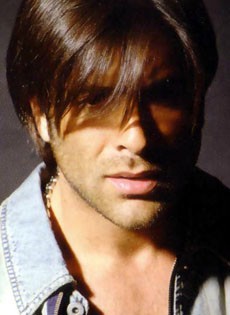 Michael Kfoury is his true name, however he is widely known as Wael Kfoury or Wael Kfouri.

Wael is of Lebanese nationality and for all the girls out there, Wael is still Single.

Wael has a lot of Albums since he first started by winning at Studio El Fan.

Wael Kfoury first song was entitled Ma Waatik bi Njoom Alayl which he sang at Studio El Fan. This song was his ticket to fame.

Wael first album was entitled (Shafouha wa saroo yoqolo). Then followed this album with another entitled Haflat faqra, Meit Fiki, Baad Al Sineen. All these album have been produced by the MUSIC BOX International.

During this period, he produced also some national songs as Video clips.

Later Wael launched another album entitled Shubbak AL Hub which was very successful. For this album Wael produced 3 videos for the songs, Al Shawq, Ala Babak, and Hikayat Ashik.

Wael shot Muzail kul Al Banat as a video clip and it was very nice.

Wael Kfoury won many medals and awards including; The golden medal in the folklore songs for his song Maw Adtik Benjoum El Layl.

Wael toured the world and made concerts in almost every country where arabs are located. Wael sang in America, Australia, Europe and most of the Arab countries. He participated in Jarash International Festival in Jordan.

Wael has very strong voice. Close friends of Wael say that he is very polite and smart.

Help us improve this page:   Correct or update the Wael Kfoury page