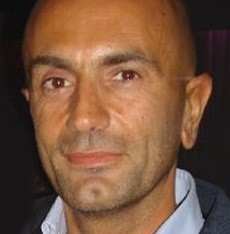 Tony Kahwaji is director of famous Television programs such as Star Academy Lebanon, Miss Lebanon, Fawariz Myriam and many more.

Tony Kahwaji was the managing director for Shada Hassoun, a winner of Star Acacemy. Following a disagreement, the two split and Hassoun was banned from Appearing on Star Academy as a guest for few years.

In 2011, Tony Kahwaji directed the Miss Lebanon 2011 Pageant which was aired on the Lebanese Broadcasting Corporation - LBC and resulted in the wining of Yara Khoury Mikhael.

As a music videoclip director, Tony has directed many clips for famous Lebanese and Arab singers such as: Nefsy Tefhimny for Amal Hizaji, Ertah W Rayahni for Carol Saker and Melhem Barakat, Rooh by Shaza Hassoun and many more.

Help us improve this page:   Correct or update the Tony Kahwaji page