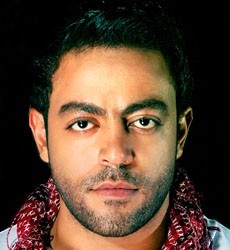 Tamer Ashour was born on January the 2nd 1984, in Cairo Egypt. He has one older brother (Asser),and two younger twin Sisters.

Tamer Ashour grew up with two passions, singing and football. With the support of his friends and family, he launched his first single 'Kalmoha 3any' before releasing in 2008 'Had Beyheb' a full album with Rotana Music.

The lead track that holds the same name as the album was a big hit in the Arab World. Said Imam dealt with its audio production. From Studio M Sound, Hany Yacoub did the music arrangements and Hani Mahrous the sound engineering. The electro-dance song was also shot as a music video with director Waleed Mahmoud.

Help us improve this page:   Correct or update the Tamer Ashour page