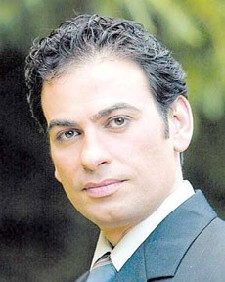 Talal Jurdi started his career in acting after studing at the Lebanese American University in Beirut.

Talal Jurdi took role in many television series and programs on both Future Television and LBC.

Help us improve this page:   Correct or update the Talal Jurdi page