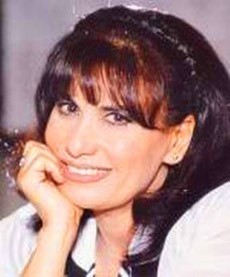 Souad Nasr was born in Shoubra, Cairo, Egypt in the year 1953, She passed away on the 5th of January 2007 in the Hospital.

Souad Nasr started her acting career in the year 1973, she took role in many Egyptian movies such as Hona Al Kahera and Haddoutah Masreyyah in 1985. She has two children Tarek and Fayruz Abdel Wareth from her first marriage with Actor Ahmad Abdel Warith. She later married an Engineer named Mohamad Abdel Moneam.

She also took role in movies such as Khareef Adm and Alexandria... New York for famous director Youssef Chahine.

Souad Nasr took role in several Egyptain Television series and her most famous roles were in the TV series Yawmiyat Wanees with comedian Mohamed Sobhi.

On stage, Souad Nasr had a great performance in plays such as Jawz w Lawz, Eishet Ashr Njoom and Aailat Wanees (Wanees Family)

In the month of December 2005, Souad Nasr went a surgery to remove excess fat from her body, she went in coma after getting drugged for the operation. She stayed in coma for over a year and passed away in the hospital on the 5th of January 2007.

Help us improve this page:   Correct or update the Souad Nasr page