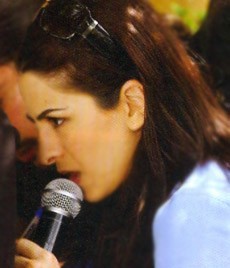 Sophie Boutros is a famous Lebanese director and the younger sister of Lebanese singer Julia Boutros.

Sophie worked for eleven years as a Television and Film Director before she joined the Mohammed bin Rashid School for Communication - MBRSC a part of the American University of Dubai - AUD. She currently works as the Assistant of the Dean.

After working in television entertainment and talk shows, she directed a number of videoclips for a number of Arab singers, including the clip Ahibaii for her sister Julia.

Help us improve this page:   Correct or update the Sophie Boutros page