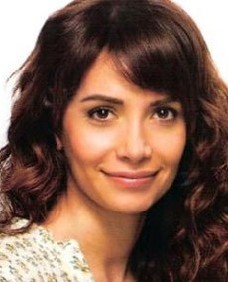 Songul Oden was born on the 17th of February 1979 in Diyarbakır, Turkey.

Oden spent most of her childhood in Ankara after her dad moved there.

Songul Oden graduated from the Turkish Academy of Theatrical Arts.

Her first role was in the year 2001, in the movie Vasiyet.

Songul Oden became famous in the Arab world after her TV soap opera Gumus was dubbed into the native language under the name Nour TV Series. She played in this Television series opposite Kivanc Tatlitug who was known in the arab world as Mohanad.

After becoming famous in the PanArab region, Songul Oden attended few events in the arab world including a charity iftar in Jordan at the Dunes Club.

In 2011 Songul Oden took part in another series entitled "Mükemmel Çift" or The Perfect Couple.

Help us improve this page:   Correct or update the Songul Oden page