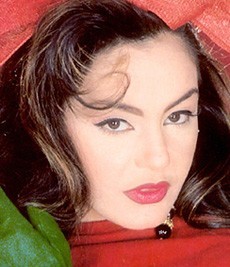 Sherihan was a talent was seen since she was a child. Sherihan is the daughter of Awatef Hashem, who died in the year 1987.

Sherihan is the sister of famous actor and guitarist Omar Khourshid, who died in the year 1981, he gave her support and helped in making her a star in the arab movie industry.

Sherihane is also known by her nickname, Shery. She has two sisters, the first is named Gihan, who is a widow of Fayez El Zomor, and Hwaida is her other sister, who is married to director Karim Diaa El Din.

In the year 1977, Sherihan was asked to act in her first movie Ketta Ala Al-Nar (A Cat on Fire). At that year she was only twelve years old , She played the role of the grand-daughter of Farid Shawky and the niece of Pousy and Nour El Sherif.

In addition to many many movie, Shrihane was famous for her dynamic dance shows during the Fawazeer shows of ramadan, she showed a big talent in Alf-Layla w'Layla (1985), Fawazeer Al Amthal (1986), Hawl Al Alam (1987) and Fawazeer Hagat we mehtagat in the year 1993.


Sherihane had to suffer since she was a child. Her uncle Ali Eshalakani did not accept her as his niece, so she had to fight to prove that she is the legal daughter of Ahmad Abdel Fattah Eshalakani, It took her seven years to win the case in court.

In the year 1989 sherihane had a serious car accident. Sheihane had to suffer for three years in a hospital in paris and escaped from being paralised for the rest of her life.

There are 3 places where she like to spend her time when she is free. Her palace in ELMANSORIA, BEIRUT or LONDON.

At one point in her life, Sherihan was diagnosed with cancer after a tumor formed on her face, She had to undergo a 17-hours surgery on her face to remove the tumor. She decided to pursue a religious life and adopted the headscarf.

Her last movie to date was released in the year 2001 and was entitled, Al-Eshk Wal-Damm which means Love and Blood.

On February 4th 2011, Sherihan was among the protesters in Tahrir Square, calling for the end of Hosni Mubarak's regime.

Help us improve this page:   Correct or update the Sherihan page