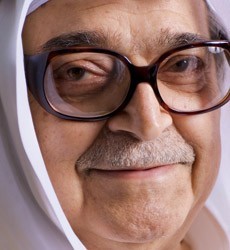 Sheikh Saleh Abdullah Kamel is the chairman of the Dallah al Baraka Group (DBG) and the General Council for Islamic Banks. He governs many services of the City Hall, such as garbage collecting, driving license tests, water desalination plants, roads building,...

Sheikh Saleh Kamel is however mostly known as the owner of the ART TV network.

He was Born in Taif in 1941, and grew up in the Holy City of Makkah where he completed his elementary education. After graduation from the Faculty of Commerce in Riyadh University, Saleh joined the Saudi Ministry of Finance, before turning to the private sector.

He first created “Dallah Establishment” in the early sixties, and by the early eighties had established a conglomerate company “AlBaraka Investment & Development”. It is a holding company for many Islamic Banks and financial Institutions, operating according to Islamic teachings in various diversified business activities all over the world.

Help us improve this page:   Correct or update the Sheikh Saleh Kamel page